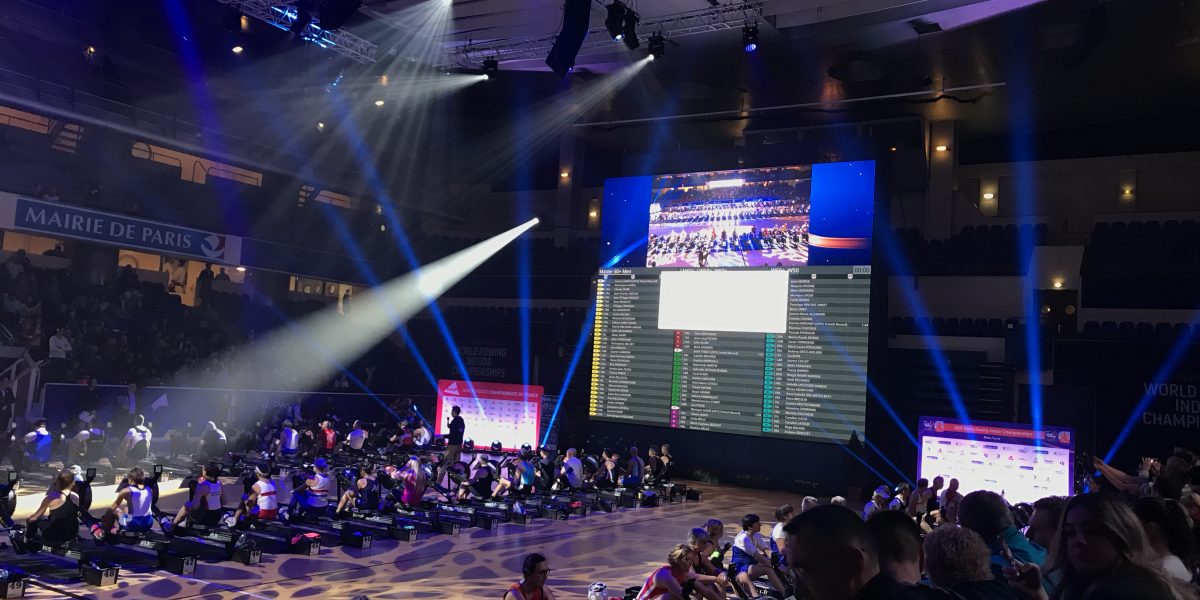 How I Got Started on the Rowed to Fitness

Indoor rowing wasn’t unfamiliar to me when it came to working out. But, I had no idea that I would ever take it to the level that I have in the past few years. Off and on I worked out at some Crossfit gyms, primarily with my lacrosse teams that had been coaching. The rowing portion of the workout was usually the most difficult for me, but in some odd way, I really enjoyed it. My son Max, who was on the lacrosse teams that I coached, would go head to head with me on the ergs and we were always so close it forced us both to try really hard to get better.

When Max graduated high school I walked away from coaching. Without being out on the field or in the gym, I quickly got out of shape. I was up around 205 lbs and feeling like crap. I was constantly dealing with stomach issues, asthma that would lead to bronchitis or pneumonia, and a lack of mobility that continued to worsen. Feeling this way became my norm.

Then, through a series of incidents I came to the realization that I was allergic to everything I had been eating. When I cut those foods out of my diet I remember feeling like Superman. My stomach issues were gone and for the first time that I could remember, I was experiencing what it was like to get a full breath of air. It was incredible – especially when it registered that I had lived most of my life feeling that way. Over a short period of time, the inflammation went away, I lost about 30 lbs, and I decided I really liked feeling this way.

I signed up for classes at Orange Theory, a group fitness gym that utilizes a treadmill, floor exercises, and rowing. For the next several months I went to classes every week and always looked forward to the rowing portion of the workouts. But, as time went on I started to get a lot of pain in my right leg. My shoulders, which I have had tissue tear repairs done in each one, were also starting to hurt. I also had a disc removed years ago and now my back was beginning to give me problems.

I went to an orthopedic doctor and when the MRI results were in, I was told that I didn’t have much of a meniscus remaining in my knee. In fact there was not much cartilage left either. It was a lot of bone on bone, and my hip was just as bad. The doctor told me that I was no longer to do anything that would cause an impact on my leg, and not lift anything overhead anymore. I went to another Orange Theory class or two and tried to modify things so that I could workout. All I could do was row, walk on the treadmill, and do some modified floor exercises while I watched everyone else workout. I decided that was bullshit.

Since rowing was pretty much what I was limited to doing, I bought a Concept2 rowing machine to use at home. The C2 is the standard in the world of rowing and is used in all the competitions. At first it was a shock to start using the Concept2 again after using the water rowers at Orange Theory. I remember being able to row 500 meters in 1:28 in class at Orange Theory but when I tried rowing 500M on the Concept2 it was a struggle to hit 1:45. And, I couldn’t even finish 2000 meters on the C2. At this point I was determined to get better and hit 1:28 on the Concept2.

You’d think that would be the end of the story, but it’s not. With indoor rowing, I have found competition, challenges, camaraderie, health, and fitness beyond anything I have ever experienced in my life. Indoor rowing is a lifestyle. A way of life that can be so rewarding in many different ways. So, the story continues. Next stop, Hamburg Germany for the 2022 World Championships.

Let’s get your story started. Where will your Rowed to Fitness lead you?